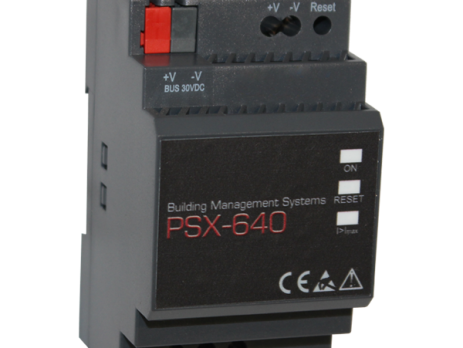 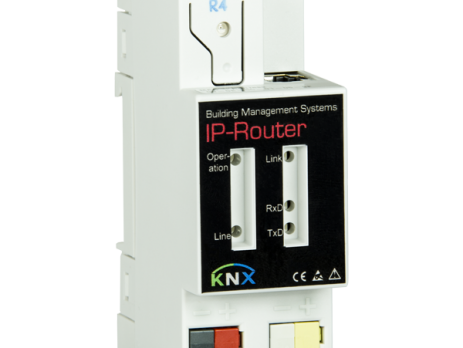 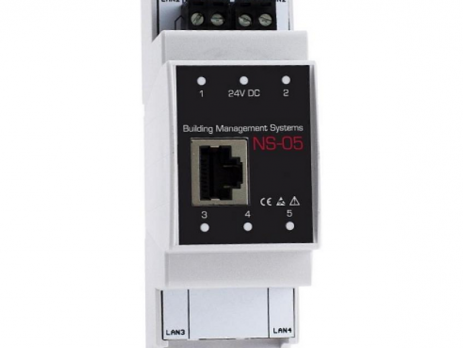 Network switch for connecting KNXnet/IP devices, e.g. the SunControlServer and the interfaces SCS – KNX (TP). The device can be mounted on a DIN-rail and has 5 RJ-45 ports. One port is easily accessible on the front of the device for maintenance purposes.