Also known as “Thyssen-Hochaus” (named after the first user Thyssen-Krupp), the Dreischeibenhaus at Hofgarten in Duesseldorf-Stadtmitte was built between 1957 and 1960. It is one of the most important testimonies of post-war modernism and is considered a symbol of the economic miracle.
During the revitalization from 2013 to 2015 35.000 m² of office space was built according to green building criteria and LEED Gold certification. The sun shading system was designed in SMI technology and integrated in KNX building automation system together with the lighting and HVAC. 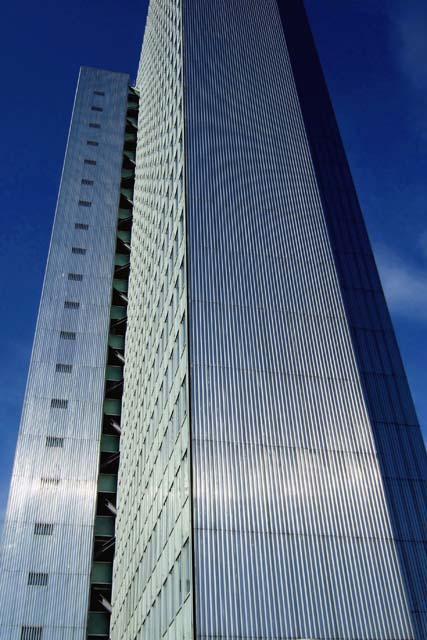