The former “Poseidon House” in Frankfurt Westend was built in the 1980s. In the period from 2009 to 2013, extensive revitalization measures were carried out. The main focus was the buildings energy efficiency. The implemented measures finally bought platinum according to LEED (Leadership in Energy and Environmental Design).
More than 5.000 blinds integrated into the closed-cavity facade grant a proper sun protection. These are controlled dependent on brightness and the blades track the position of the sun. In the area of ​​the inner courtyard, the natural shading of the building is also taken into account. For this purpose, the entire facade was divided into 250 sectors and the corresponding horizon limitation diagrams for each sector were stored in the SunControlServer (SCS). When calculating shadows, BMS relies on state-of-the-art 3D simulation software, which demonstrates its strengths, especially in complex building structures such as the “LEO”.
Incidentally, the building was given the name “LEO” in the style of the mascot of the new tenant, ING-DiBa AG. 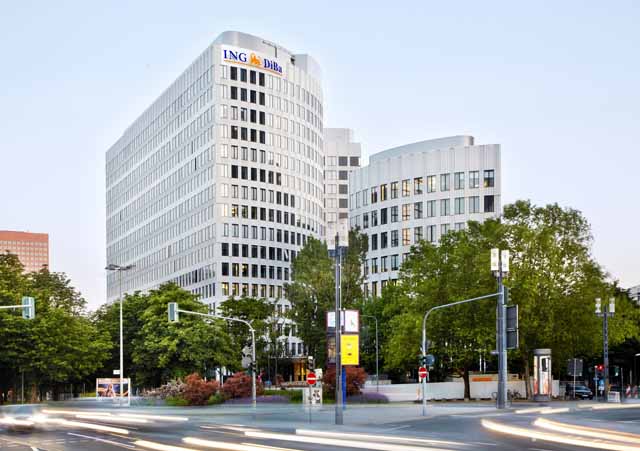